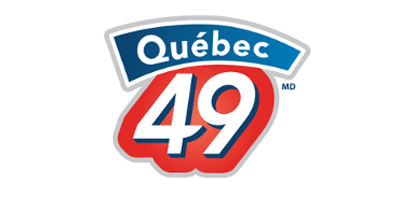 Quebec 49 is a popular lottery game played in the Canadian province of Quebec.

A Quebec 49 ticket costs CAD 1.00. Draws take place twice weekly on Wednesdays and Saturdays at22:30 local time. Tickets are on sale up until the draw is made.

To enter Quebec 49, choose six numbers between 1 and 49, or go for the Quick Play option to generate numbers at random. Players who use the official website can buy advance tickets for up to 99 Quebec 49 draws.

Participants can also play the Extra game for an additional CAD 1.00. When playing Extra, the Quebec 49 ticket generates a seven-digit number. Players need to match all seven digits in the order they are drawn to win the CAD 1 million Extra jackpot.

Quebec 49 offers a fixed jackpot of CAD 2 million, with the jackpot remaining the same and never rolling over. This CAD 2 million jackpot can be divided between multiple winners who match all six numbers.

The same dynamic applies to the second prize tier for players who match five numbers plus the bonus ball. This prize is fixed at CAD 75,000, which can also be divided.

While these are good odds for a lottery game, the fixed jackpot means the payout is low in comparison to other lotteries. Canada’s national Lotto 6/49 game offers the same odds, but with a minimum jackpot of CAD 5 million.

Prizes won on the Quebec 49 lottery are tax free. Players who enter Quebec 49 from around the world should check if lottery winnings are subject to tax in their home state or country.

Prizes are paid as lump sums only.

Tickets are available from authorized retailers across the province of Quebec. Canadians can combine their Quebec 49 entry with entry into other Canadian lottery games if they wish.

Players in Quebec can also create an Espacejeux account to play online, or use the Lotteries App. Players must be at least 18 years of age.

Players from around the world can enter Quebec 49 online via Lottery Agent websites.