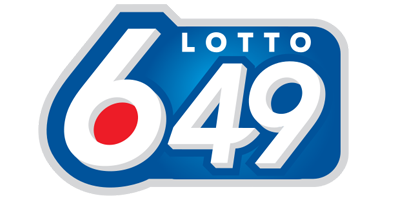 otto 6/49 is one of three popular national lottery games played in Canada.

Players enter Lotto 6/49 by choosing six numbers between 1 and 49, as well as choosing a random bonus number that is printed onto the ticket. There is also the Quick Pick option to automatically generate six numbers and the bonus number.

Buying a Lotto 6/49 ticket also enters players into the GUARANTEED CAD 1 million prize draw. A 10-digit number is printed onto each ticket, which will win the jackpot if it matches.

Players can also enter the Extra draw for CAD 1.00. This is an additional draw using numbers from 1 to 99. Players can win CAD 500,000 by choosing and matching four numbers.

Lotto 6/49 has a minimum guaranteed jackpot of CAD 5 million, with no jackpot or rollover cap.

The highest Lotto 6/49 jackpots ever won are:

As well as the jackpot, players can win prizes at an additional six tiers.

Players have one year to claim their winnings for any prize category of Lotto 6/49, with all prize payouts being paid as a single lump sum.

Prizes won playing Lotto 6/49 are not subject to taxation in Canada, but remember to check local tax laws if you play Lotto 6/49 online.

Lotto 6/49 is a national lottery, with tickets available from authorized retailers across Canada. You must be at least 18 years of age to buy a ticket.

Lottery enthusiasts around the world can play Lotto 6/49 online.

Lotto 6/49 was launched on June 12, 1982. It was the first Canadian lottery game that allowed players to choose their own numbers.