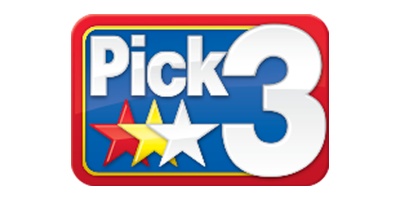 Pick 3 is a popular lottery game played in Ontario.

Draws are held twice daily, with the first draw taking place at 14:00 local time and the second at 22:30. Pick 3 tickets are on sale throughout the day, with those purchased before 14:00 automatically being entered into the first draw. Players who wish to participate in the later game must buy tickets between 14:00 and 22:00, or buy an Advance Play ticket beforehand to cover both.

CAD 1.00, CAD 2.00, CAD 5.00 and CAD 10.00 tickets are available, with this wager determining the value of prizes but not influencing the odds or the available prize tiers.

To play, choose three numbers from 0 to 9, and becauseeach number is chosen independently, the same number can be picked two or three times. Quick Pick is also available for randomly generated numbers.

Pick 3 can be played as a Straight Play or a Box Play game. In Straight Play, players are limited to the jackpot by matching all three digits in the order drawn, while Box Play unlocks additional prize tiers.

The Encore game costs an additional CAD 1.00, with players getting a random seven-digit number printed on their ticket for a chance to win the CAD 1 million jackpot by matching all seven digits in the order drawn, with 21 secondary prize tiers also being available.

Pick 3 does not advertise a specific jackpot amount; instead, the jackpot and secondary prizes are determined by the volume of ticket sales for each draw and the amount wagered.

Players can win at three different prize tiers, but must choose Box Play to be eligible for secondary prizes.

Players have up to one year to claim prizes, which are paid out as tax-free lump sums only.

Who Can Play Pick 3 Ontario?

Players must be at least 18 years of age to buy Pick 3 tickets from lottery retailers across Ontario, and while the lottery operator has a website and mobile app, these platforms do not sell tickets.

Pick 3 Ontario is not available elsewhere in Canada or to players from overseas; however, the Western Canada Lottery Corporation operates a game of the same name for players in its own provinces.

Launched on January 16, 1989, Pick 3 is operated by the Ontario Lottery and Gaming Commission. This was initially a once-daily game, with the second draw added on June 5, 2012.