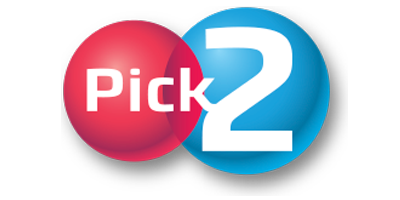 Pick 2 draws are held twice a day, withthe first draw held at 14:00 local time and the second at 22:30. Tickets are sold throughout the day, with those bought before 14:00 automatically being entered into the first draw. Players who wish to buy tickets for the later draw but before the first draw has taken place need to buy an Advance Play ticket for both.

To play, choose two numbers from 0 to 9, or go for a Quick Pick instead. And because numbers can be chosen independently, each can be selected twice.

Encore costs an extra CAD 1.00, giving players a chance to win the CAD 1 million jackpot by matching a random seven-digit number in the correct order, with it possible to add up to 10 Encore entries to each Pick 2 ticket, which has 21 secondary prizes in addition to the jackpot. Individual Encore games are drawn after both of the daily Pick 2 draws.

Advance Play is available for up to 10 draws at a time.

Pick 2 has a top prize of CAD 99.00 for matching both numbers in order.

Players can win prizes at two different tiers, with overall odds of 1 in 10 of winning a prize.

Pick 2 prizes can be claimed up to one year from the date of the draw, which are paid out as tax-free lump sums.

Who Can Play Pick 2 Ontario?

Players must be at least 18 years of age to play Pick 2. Tickets are available from authorized lottery retailers in Ontario, and while the lottery operator’s website and apps can be used to check results and find other information, neither platform sells tickets.

Pick 2 Ontario is not available to players elsewhere in Canada or from overseas; however, the Western Canada Lottery Corporation operates a game of the same name for players residing in applicable provinces.

Pick 2 was launched on June 5, 2012, to coincide with the launch of a second daily draw for the older Pick 3 and Pick 4 games. Pick 2 is operated by the Ontario Lottery and Gaming Commission.