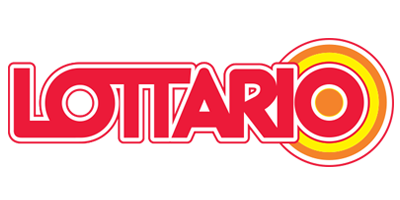 Lottario is one of several lottery games available to players in the Canadian province of Ontario.

Lottario draws take place once a week on Saturdays at 22:30 local time, withtickets remaining on sale until just before the draw.

To enter Lottario, choose six numbers between 1 and 45, or select Quick Pick to play with randomly generated numbers.

Combination Play is also available, selecting up to nine numbers to be entered as multiple combinations. Five-number combination play is a further option, with players selecting five numbers and having the remaining 40 numbers added alongside on separate lines.

ENCORE costs an extra CAD 1.00, which generates a seven-digit random number. Players can win CAD 1 million by matching the numbers in the order they are drawn, with 22 different prize tiers available across the game.

Lottario also rewards players who buy tickets in advance. Tickets purchased before midnight on Friday are entered into an Early Bird draw for a chance to win CAD 50,000 at no extra cost.

In Advance Play, participants can enter up to 26 draws at once.

Lottario has a guaranteed minimum jackpot of CAD 250,000.

Although this is a relatively small jackpot for a weekly lottery, rollovers are frequent and the prize is often much more than the guaranteed minimum. Lottario has no rollover or jackpot cap either.

The biggest ever Lottario jackpot was CAD 3.6 million on December 5, 1992.

Players can win Lottario prizes at five different tiers, with overall odds of 1 in 21 of winning a prize.

Players have up to a year to claim Lottario prizes.

Jackpot prizes are paid out as lump sums only, with individual players who enter as part of a lottery syndicate being awarded a winner’s cheque for their share.

Lottery prizes are 100% tax free in all Canadian provinces.

Who Can Play Lottario?

Players must be at least 18 years of age to purchase Lottario tickets.

Tickets can be purchased from authorized lottery retailers across Ontario, which is currently the only way to play Lottario as the official website does not sell tickets.

Players in other Canadian provinces and from around the world cannot take part in Lottario as it is not currently available on Lottery Agent websites.

Lottario was launched on November 18, 1978, and is the second provincial lottery game organized by the Ontario Lottery and Gaming Corporation.

The format of the game changed in 2015 to add extra prize tiers and improve the chances of winning.