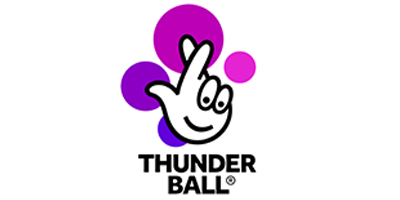 Thunderball draws take place four times a week on Tuesdays, Wednesdays, Fridays and Saturdays at 20:15 local time. Draws are broadcast live on the official UK National Lottery website and on its official YouTube channel, with results being announced on national TV and radio shortly afterward. Tickets are on sale until 19:30 local time on draw days and resume shortly after completion of the draw.

Thunderball does not have any rollovers or roll downs, with the prize carrying over to the next draw if it is not won.

All other Thunderball prizes are fixed.

The odds of winning the Thunderball jackpot are 1 in 8,060,598, and while these are reasonable odds for the jackpot, the main UK Lotto game has a bigger prize, but at lower odds for matching five numbers plus the bonus ball.

Players can win cash prizes at nine different tiers, with overall odds of winning a prize at 1 in 13.

The UK does not levy tax on lottery winnings, which are paid out as lump sums only.

Prize winners have up to 180 days to make a claim.

Overseas players should check local tax laws to find out if they need to declare winnings at home.

Who Can Play Thunderball?

Players must be at least 16 years of age to play Thunderball.

Tickets can be purchased from authorized lottery retailers across the UK or on the official National Lottery website.

Changes to the game in 2010 saw the addition of five new numbers, the jackpot double from its previous value of £250,000 and the introduction of the Friday draw.

The most recent update to Thunderball was the introduction of the Tuesday draw on January 30, 2018.