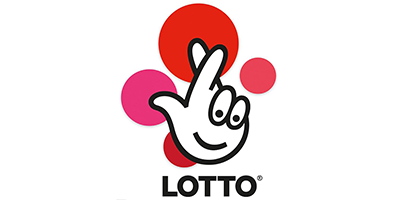 Lotto is the UK’s most popular lottery game.

Draws are held twice a week on Wednesdays at 20:00 and Saturdaysat 21:00 local time, with ticket sales ending half-an-hour beforehand and recommencing shortly afterward. Draws are broadcast live on the official National Lottery website, with the results published on national TV and radio later on.

To enter, choose six numbers between 1 and 59, or go for a Lucky Dip for randomly selected numbers.

Lotto draws have a minimum jackpot of £2 million on Wednesdays and £3.8 million on Saturdays.

While there is no jackpot cap, the rollover cap is limited to five draws only, with the following draw becoming a “Must Be Won” draw that causes the jackpot to roll down to all remaining cash prize tiers if no-one matches all six numbers.

The biggest single-ticket win took place just a month later on February 13, 2016, with a jackpot of £32.5 million.

The odds of winning the Lotto jackpot are 1 in 45,057,474. These are some of the longest odds in the world, although the relatively high starting jackpots balance out the likelihood of winning.

Players can win prizes at six different tiers, with overall odds of 1 in 9 of winning a prize.

All lottery winnings in the UK are tax free, which are paid out as lump sums only.

Winners have up to 180 days to claim prizes, with all unclaimed prizes being distributed to good causes supported by Camelot, the Lotto operator.

Winning overseas players should check local laws to find out if they need to pay tax at home.

Players must be at least 16 years of age to play Lotto.

Tickets can be purchased from authorized lottery retailers across the UK or via the official website, and even though there is also an official app, it is used for information and marketing purposes only.

Players from abroad can play online via Lottery Agent websites.

Lotto has undergone a number of changes to its format, including extra games and the use of jackpot and rollover caps. The most significant of these came in 2015 when the number of balls increased from 49 to 59, as well as fixed-prize amounts being introduced at each tier.