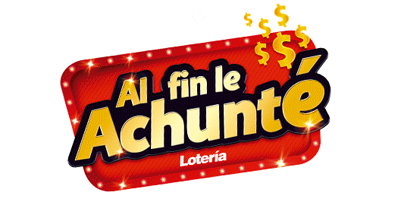 Players must then choose one of the following:

In Combined Play, choose up to 11 main numbers to vastly increase the odds of winning a prize.

Advance Play is available for up to 15 draws at a time.

The top prize is CLP 2 million per month, which if paid out over 20 years can total CLP 480 million.

The lump-sum Millionaire Well jackpot starts at CLP 2 million, but can roll over an unlimited number of times.

Players must claim prizes within 90 days of the draw.

The Millionaire Well jackpot is paid out as a lump sum, while other jackpot prizes can be paid out monthly under the terms of each respective game.

All prizes are subject to 17% income tax, but because this is levied at source, players get to keep the advertised amount.

Players must be at least 18 years of age to play Al fin le Achunté.

Al fin le Achunté is not currently open to players from overseas.

Launched on June 2, 2016, Al fin le Achunté was originally called Super Iman, which has kept the same format throughout its existence. It is operated by Loteria de Concepcion, one of two lottery operators in Chile alongside state-owned operator Polla Chilena de Beneficencia.