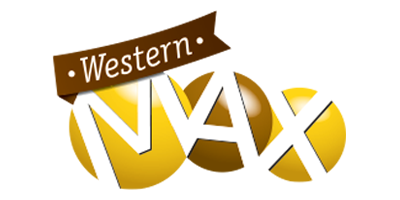 Western Max is a popular and lucrative lottery game played in Alberta, Saskatchewan, Manitoba, Yukon, the Northwest Territories and Nunavut.

To play, choose seven numbers between 1 and 50, or go for a Quick Pick for numbers generated at random.

As well as the chance to win the main jackpot, entries are valid for 14 additional draws that are made at the same time. These are jackpot-only games, for a chance to win CAD 1 million.

Players can play the Extra game for an additional CAD 1.00, with the CAD 250,000 Extra jackpot being won by matching the random seven-digit number on the ticket. Extra has six additional prize tiers, including a second prize of CAD 100,000.

It is possible to enter up to 25 draws at once through Advance Play.

Additionally, players can enter the same numbers into the Lotto Max game when purchasing their Western Max ticket.

Western Max has a fixed jackpot of CAD 2 million, with no rollovers or roll downs if it fails to be won.

Players can win prizes at nine different tiers, with overall odds of 1 in 7 of winning a prize. All prizes are fixed, with the bottom tier prize being a Free Play for the next Western Max draw.

Western Max prize winners have up to one year to make a claim.

All prizes are awarded as tax-free lump sums.

Who Can Play Western Max?

Players must be at least 18 years of age to play Western Max. Tickets are on sale at lottery retailers in Alberta, Saskatchewan, Manitoba, Yukon, the Northwest Territories and Nunavut.

Western Max is not available to players outside participating territories or from overseas.

Launched on March 1, 2013, Western Max is operated by the Western Canada Lottery Corporation. Draws were originally held only on Fridays, with the Tuesday draw added on May 14, 2019.