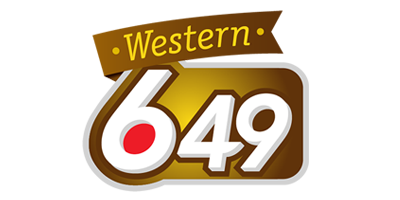 Western 6/49 is a popular lottery game in Canada. Provinces participating in Western 6/49 are Alberta, Manitoba, Northwest Territories, Nunavut, Saskatchewan and the Yukon Territory.

To enter Western 6/49, choose six numbers between 1 and 49. Players can also make a Quick Pick, with the website or in-store ticket terminal generating the numbers automatically.

Western 6/49 participants can also play the Extra game. The Extra game costs an additional CAD 1.00. When playing Extra, a randomly generated seven-digit number is printed on the ticket, with the Extra jackpot of CAD 250,000 being won if all seven digits are matched in order.

The jackpot does not roll over, but if more than one ticket holder matches all six numbers, the jackpot is shared equally.

The second prize is fixed at CAD 50,000, which is also shared equally between all winners.

These odds are the same as Quebec 6/49, including the jackpot. Note that Western 6/49 has the same odds as the national Lotto 6/49 game, but with Lotto 6/49 having a much higher minimum jackpot of CAD 5 million.

Players can win prizes from the Western 6/49 lottery at seven prize tiers.

Quebec 49 pays winnings as a lump sum only.

Lottery prizes in Canada are not subject to taxation, but players taking part in Western 6/49 from abroad should check if winnings are subject to tax in their home country.

Western 6/49 tickets are available at authorized lottery retailers across the participating territories of Alberta, Manitoba, Northwest Territories, Nunavut, Saskatchewan and the Yukon Territory. Players can combine their Western 6/49 ticket entry, with entry into other Canadian national lottery games if they wish.

Participants in Canada can play online or by using the Lotteries App. Players from around the world can take part through Lottery Agent websites.

Western 6/49 launched on February 10, 1999, and has used the same format throughout its existence.