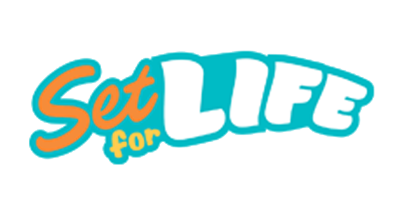 Set for Life is a popular lottery game played across Australia.

Entry costs AUD 9.30 for a minimum of two lines and an entire week’s worth of draws. Players get 14 entries for this price, which is great value!

To play, choose seven numbers from 1 to 44, or go for a Quick Pick for randomly generated numbers.

Advance Play for up to 10 weeks is available, or players can take out an online subscription to never miss a draw.

Set for Life does not have any secondary games or additional opportunities to win cash prizes beyond the main draw.

The odds of winning the Set for Life jackpot are 1 in 38,320,568, which are long odds in comparison to larger prizes paid out as lump sums by other global lotteries.

Lottery winnings are not taxed in Australia.

Set for Life winners get AUD 20,000 per month for a period of 20 years, with payments being made on the 15th day of each month. Unlike some other global Set for Life games, there is no option to receive a lump sum in lieu of monthly payments.

Due to complex laws, the rules for claiming prizes differ per state, with the claim periods for each Australian state being as follows:

Who Can Play Set for Life?

Players must be at least 18 years of age to enter Set for Life, with the exception of Western Australia, where the minimum age is 16.

Set for Life tickets can be purchased from the official lottery website or from authorized retailers across Australia.

Set for Life is not currently available to overseas players.

History of Set for Life

Launched in February 2015, the first Set for Life draw was held on August 7, 2015. It is currently operated by the Tatts Group, which administers lottery games across all Australian states with the exception of Western Australia.