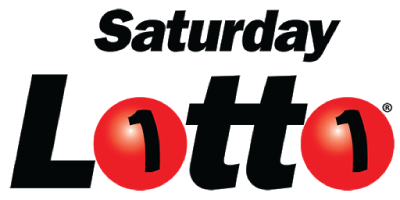 Saturday Lotto, also known as TattsLotto, is a popular Australian national lottery game costing as little as AUD 2.90 - the cost of the minimum four-ticket entry.

Saturday Lotto draws take place once per week on Saturday at 20:30 Australian Eastern Standard Time. Tickets can be purchased up until the draw takes place.

To play Saturday Lotto, players choose six numbers between 1 and 45. Players can choose their own numbers or use Quick Pick for six randomly generated numbers.

As well as buying the minimum of four tickets, there are other ways to play Saturday Lotto. Players can buy up to 50 entries online, by choosing their own numbers or buying 50 Quick Pick tickets.

Alternatively, players can use System Entry to choose up to 20 numbers to be entered into the draw in multiple combinations.

The minimum guaranteed Saturday Lotto jackpot is AUD 4 million. The jackpot can roll over up to four times, although there is no jackpot cap. If no-one matches all six main numbers after four rollovers, the jackpot is distributed to winners in the next prize tier.

Higher sums of money are also available during Saturday Megadraw and Superdraw events, which makes the Saturday Lotto even more attractive.

In addition to the jackpot, players can win secondary Saturday Lotto prizes at five further tiers.

Saturday Lotto winnings are paid out as a lump sum and are not subject to taxation in Australia.

If playing Saturday Lotto from overseas, check whether winnings need to be declared for tax purposes in your country.

Who Can Play Saturday Lotto?

Players must be at least 18 years of age to play Saturday Lotto.

Tickets for Saturday Lotto can be purchased from authorized kiosks across Australia, while players from around the world can play online.

Saturday Lotto was founded in June 1972 and was the first lottery game in Australia that allowed players to choose their own numbers. Until July 1985, players chose from 40 available numbers, which was later increased to 45.

Saturday Lotto was exclusively for residents of Victoria until 2013, but afterwards became one of Australia’s national lotteries.