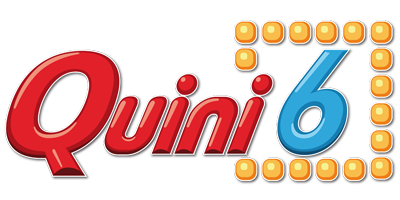 Quini 6 is a popular national lottery game played across Argentina.

Draws are held twice a week on Wednesdays and Sundays at 21:30 local time.

To play Quini 6, choose six numbers between 0 and 45, or go for a Quick Pick for randomly generated numbers.

Quini 6 draws consist of four different games, with players choosing the same numbers for each.

The next game is called Segunda Vuelta (second round). Segunda Vuelta has the same draw and prize structure as Tradicional, but with a starting jackpot of ARS 20 million.

Thirdly, there is Revancha (rematch). This game also has six drawn numbers, but has a single jackpot and no secondary prizes. If the Revancha jackpot is not won, it rolls over to the next draw.

The final game is called Siempre Sale (always goes out). This game is similar to Revancha, but if six numbers are not matched, the jackpot rolls down to five numbers, then four numbers, until there is a winner.

Players who match six or more numbers across the first three draws in Tradicional, Segunda Vuelta and Revancha win an equal share of the Pozo Extra fund.

Quini 6 has a minimum guaranteed jackpot of ARS 1.5 million; however, due to the volume of ticket sales, the starting jackpot is frequently far higher.

Quini 6 is a rollover lottery with no limit to the number of rollovers or the final value of the jackpot.

The biggest winning Quini 6 jackpot was ARS 207 million in September 2017.

The odds of winning the Quini 6 jackpot are 1 in 9,366,819, with prizes available at three different tiers.

Players only have 15 days to claim winnings, with all prizes from Quini 6 and its secondary games being paid out as lump sums only.

In addition to the very short claim window, Argentina has one of the highest lottery tax rates in the world, with Quini 6 prize winners having 31% of their winnings deducted.

Who Can Play Quini 6?

Players must be at least 18 years of age to play Quini 6.

Players can buy tickets from authorized agencies across Argentina, and even though each state lottery has its own website and even some apps, none of these currently sell tickets.

Launched in 1988, Quini 6 is operated by Loteria Santa Fe. Quini 6 was originally only available to players in Santa Fe, before launching across the entire country.