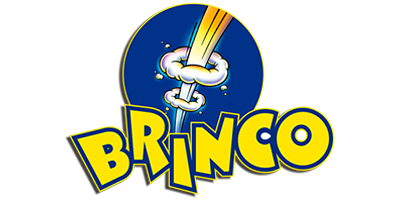 Brinco is a popular lottery game played in Argentina.

Draws are held once a week on Sundays at 21:00 local time and are broadcast live on national television. Ticket sales close fifteen minutes prior to the draw and resume immediately afterwards.

To play Brinco, choose six numbers between 1 and 39, or go for a Quick Pick for randomly generated numbers.

Players can also enter the Brinco Junior game in which six additional numbers are drawn. Participants use the same set of numbers as the main game for a chance to win the fixed jackpot of ARS 6 million.

Brinco does not advertise a minimum jackpot, which is instead determined by the number of tickets sold.

Brinco is a rollover lottery with no limits or jackpot caps, which often sees jackpots rise above ARS 100 million.

The odds of winning the Brinco jackpot are 1 in 3,838,380, which are relatively good odds for a lottery.

Players can win prizes of varying amounts at four different tiers, with the exception of the fourth tier, which is fixed.

Players have just 15 days to claim prizes, which are paid out as lump sums only.

Argentina has one of the highest lottery tax rates in the world, with 31% of winnings being deducted.

Who Can Play Brinco?

Players must be at least 18 years of age to play Brinco.

Tickets can be purchased at authorized lottery agencies across Argentina, and although each state-based lottery has its own website and range of apps, none of these platforms sell tickets.

Initially designed as an additional game to the popular Quini 6, Brinco was launched in 2000 to mark the new millennium. Brinco is operated by Loteria Santa Fe, and was originally a provincial game before becoming available across Argentina.

The Brinco Junior game was added in 2002 with an initial jackpot of ARS 4 million.