Latest Switzerland lottery results for EUROMILLIONEN ✔, SWISSLOTTO ✔. Find all the information about lotteries in Switzerland. Check your ticket or search past draws if you won the jackpot. 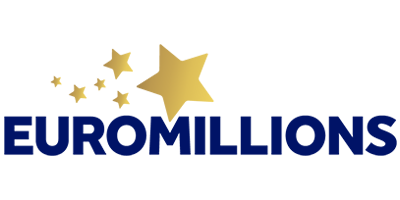 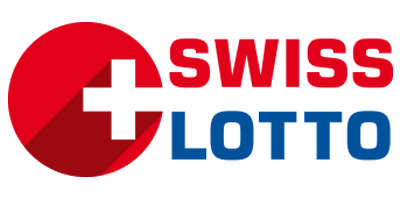 Two separate operators provide lottery games in Switzerland. Loterie Romandie runs games in the French-speaking western region of the country, while Swisslos does the same across the rest of Switzerland.

Between the two operators, players living in Switzerland have multiple chances to win significant sums of money from locally run games, as well as from the popular transnational game, Euromillions.

Euromillions is a lucrative transnational lottery played in Switzerland and in eight other countries. It costs CHF 3.50 to enter.

Both Swiss lottery operators provide a System Entry option. Participants can choose up to 10 main numbers and up to 12 Lucky Stars, which are entered into the draw in every possible combination. This greatly increases the chances of winning but also results in a hugely expensive ticket!

For an additional CHF 2.00, players can add SUPER STAR to their ticket. This is a secondary draw, with prizes of up to CHF 250,000 available.

Participants choose six main numbers from 1 to 42 and a Lucky Number from 1 to 6. Quick Picks are available for players who wish to enter with random selections.

System Entry is also available, allowing players to choose up to 10 main numbers and all six Lucky Numbers, for a greater chance of winning.

Participants can also add The Joker up to three times per ticket for CHF 2.00 per play.

All Swiss Lotto tickets are automatically entered into the Replay game at no extra cost, for the chance to win a free Quick Pick entry for the next draw.

Loto Express is a Keno-style game with multiple entry and stake-based options, including the opportunity to enhance the base prize by adding a prize multiplier.

Players must decide on how many numbers to match from 3 to 10, before choosing the relevant number of selections between 1 and 80. Quick Picks are available for players who wish to enter with random selections. Each game has a base stake of CHF 2.00, but players can increase this in multiples of two, up to a maximum of CHF 10, achieved by playing the same selections up to five times, to act as a prize multiplier.

Participants who choose between five and eight selections are automatically eligible for BANGO (different to Banco, see below), which has an additional prize pool.

Banco is another Keno-style game. It is similar in format to Loto Express, but with no potential add-ons, although players can choose stakes in multiples of two from CHF 2.00 to CHF 10.

Participants must decide on how many numbers to match from 2 to 10, before choosing the relevant number of selections between 1 and 70.

Players must choose four numbers from 0 to 9, and because each number is chosen independently, the same number can be chosen repeatedly if desired. Participants then choose whether to bet on matching their numbers in the order drawn or in any order.

Alternatively, players can bet on matching only the first number drawn.

As with Magic 4, players must choose three numbers from 0 to 9, and because each number is chosen independently, the same number can be chosen repeatedly if desired. Participants then choose whether to bet on matching their numbers in the order drawn or in any order.

Alternatively, players can bet on matching the middle number of the three drawn.

The table below provides an overview of the schedule for each Swiss lottery game.

What are the Biggest Swiss Lottery Wins?

The biggest Swiss lottery prize to date is CHF 230 million . This was won on Euromillions in 2021.

Prizes under CHF 1 million are tax-free, with winnings above this threshold being subject to 35% income tax.

Contact information for each Swiss lottery operator is listed below.

How Can I Purchase Lottery Tickets in Switzerland?

Tickets for most games are available from authorized retailers across Switzerland and online from both official operator websites.

For players in the Romandie region, Banco is only available from play terminals at participating retailers.

How Old Must I Be to Play Swiss Lottery Games?

Players must be at least 18 years of age to play Swiss lottery games.

How Do I Claim Swiss Lottery Prizes?

How are the Proceeds of Swiss Lotteries Spent?

Swisslos donates its entire net profit to public, cultural and charitable causes, amounting to around CHF 365 million per year. This makes the operator the leading financial supporter of arts and sports in Switzerland.

Loterie Romandie donates a small percentage of its proceeds to problem gambling campaigns in the Romandie region, with the rest of its profits being split between local administrations of the six French-speaking regions.