Latest Russia lottery results, winning numbers and rules. Find all the information you need about lotteries in Russia. Check your ticket or search past draws if you won the jackpot. 🍀 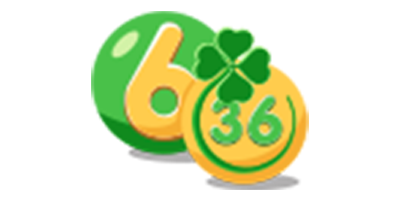 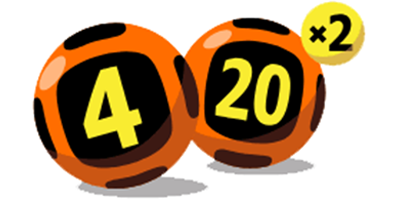 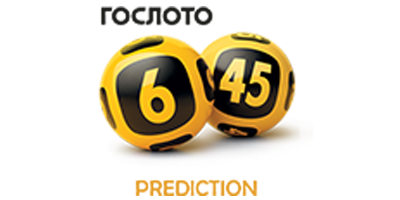 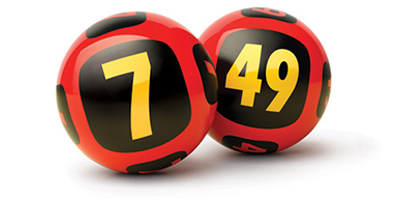 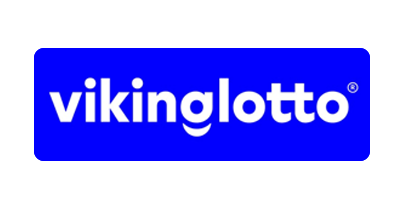 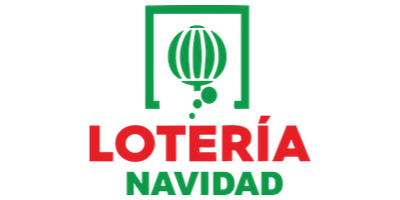 Lotteries are hugely popular in Russia, with traditional lottery games being held multiple times a day and broadcast live on national television. As well as traditional cash lotteries, some Russian lotteries also offer players the chance to win physical property. In addition to the regular lottery games, several bingo-style games are available, guaranteeing prizes for all and the potential to win huge sums of money.

All Russian lottery games are state-owned, state-operated and state-distributed.

Sportoloto 4/20 is a game that seems straightforward enough, but is really tough to win! Entry costs RUB 100, with players choosing two sets of four numbers between 1 and 20. Two sets of numbers are then drawn, with the jackpot being won by matching both of them.

Sportloto is a traditional lottery that follows the easy to understand 7 from 49 format. Players must choose seven numbers from 1 to 49 or can go for a Quick Pick for random selections. Entry costs RUB 50.

Sportloto 6/45 is Russia’s main national lottery. Despite having shorter odds than many other games, Sportloto 6/45 is responsible for the biggest lottery wins in Russia owing to its popularity that accelerates ticket sales after repeat rollovers. To enter, choose six numbers from 1 to 45 or go for a Quick Pick for random selections. Entry costs RUB 50.

Sportloto 5/36 costs RUB 40 to enter and has modest prizes in comparison to other games, but is hugely popular due to the frequency of its draws. Players must choose five numbers from 1 to 36 plus an additional number from 1 to 4, with players going on to win the jackpot by matching all numbers. Entry costs RUB 40.

Zodiac is a unique lottery game that puts a twist on the traditional practice of choosing numbers based on significant events or dates. Entry costs RUB 25. Players enter Zodiac by choosing:

Rapido is one of several games in which players get the chance to win at 15 minute intervals throughout the day. To enter, choose eight numbers from 1 to 20 plus a single number from 1 to 4. Quick Picks are available for random selections, with entry costing RUB 150.

Top-3 is a traditional Pick style game with multiple entry options. Bets cost a minimum of RUB 60. To enter, players must first choose whether to bet on matching one, two or three numbers. Players then choose selected numbers from 0 to 9, and because each number is chosen independently, the same number can be chosen multiple times if desired. Players then choose the type of bet they wish to place, such as numbers in the correct order or numbers in any order.

KENO-Sportloto is a traditional Keno game with multiple entry options. Players must choose how many numbers they wish to match from one to 10, followed by making the requisite selections from numbers between 1 and 80. Entry costs RUB 40, with higher prizes available for betting on more numbers.

All or Nothing utilises a familiar format seen in similar games around the world. To enter, players must choose 12 numbers between 1 and 24, with Quick Picks also being available. The jackpot can be won by either matching all 12 numbers or by matching none at all. Entry costs a minimum 60 RUB.

Rapido 2.0 has the exact same format as Rapido, but takes place at different time intervals of the day, effectively giving players the chance to win every seven and a half minutes as opposed to every 15!

To enter, players must choose eight numbers from 1 to 20 and a single number from 1 to 4.

Duel is similar to Sportloto 4/20 in its format, but with different game characteristics.

To enter, choose two sets of two numbers between 1 and 26, with players able to choose the same number more than once if they wish due to both sets of numbers being chosen independently. The jackpot is won by matching all numbers drawn, with secondary prizes also available depending on the combination of numbers matched. Entry costs RUB 30.

Joker is a popular lottery game based on a deck of cards.

To enter, choose nine cards from a traditional 52-card deck or go for a Quick Pick for random selections. Entry costs RUB 30, with secondary prizes available for players who match four or more cards.

Russian Lotto is a bingo-style draw game with a huge jackpot, but at phenomenally long odds. There is, however, a guaranteed prize pool for each draw to ensure that multiple people win significant sums of money every week.

Players enter by buying a “bingo ticket” that contains 15 numbers out of a possible 90. Entry costs RUB 100, with all entries being via Quick Pick or a pre-printed ticket. Players win by matching lines or getting a full-house just like in bingo games, but will only win the jackpot by matching the first 15 numbers drawn.

During each draw, either 86 or 87 balls are drawn, with prizes also being available when no undrawn numbers are left on tickets.

Lotto Express is an online entry-only lottery played on weekday evenings. Players choose four numbers from 1 to 90 or can go for a Quick Pick to enter with random selections.

The Housing Lottery is a popular game that gives people the chance to win a house + cash prizes.

Like Russian Lotto, the Housing Lottery is a bingo-based game, with players getting Quick Pick or pre-printed tickets containing five numbers out of a possible 90. While matching the first 15 numbers drawn will win the jackpot, players don’t need to do this to potentially win a house!

As with Russian Lotto, either 86 or 87 balls are drawn, with additional prizes being available for players with no undrawn numbers remaining on their tickets.

Golden Luck is another bingo-based game, although with generally smaller prizes than the Russian Lotto and the Housing Lottery.

Entry is by Quick Pick or pre-printed ticket, with entry costing RUB 75.

Either 86 or 87 balls are drawn, with prizes also distributed to players with no undrawn numbers remaining on their tickets.

Bingo-75 is the only bingo-based game that allows players to choose their own numbers. To enter, choose 24 numbers from 1 to 75 or go for a Quick Pick for random selections.

Players can win by matching the four numbers in the corners, the eight numbers that create a vertical/horizontal cross on their ticket or by matching all 24 numbers. Players will also win if their tickets contain no undrawn numbers. Entry costs RUB 75.

6 out of 36 is a straightforward traditional lottery game, with entry costing RUB 50.

To enter, choose six numbers from 1 to 36 or go for a Quick Pick for random selections. Secondary prizes are available for matching as few as two numbers.

The table below provides an overview of the schedule for each Russian lottery game.

What are the Biggest Russian Lottery Wins?

The biggest lottery win in Russia so far is RUB 512 million.

Other significant Russian lottery wins (all from Sportloto 6/45):

Yes, lottery prizes are subject to 13% tax in Russia. For prizes exceeding RUB 15,000, tax is deducted at source, with players keeping everything.

Contact details for each Russian lottery operator are listed below.

How Can I Purchase Lottery Tickets in Russia?

Tickets can be purchased:

No, games are only available to residents of Russia.

How Old Must I Be to Play Russian Lotteries?

Players must be at least 18 years of age to play Russian lottery games.

How Do I Claim Russian Lottery Prizes?

Players have up to 180 days to claim prizes.

Lower-value prizes can be claimed from authorized lottery retailers, with players who enter online being paid through their lottery accounts. Players who win jackpots or large amounts should enter into contact with the lottery operator to arrange payment.

How are the Proceeds of Russian Lotteries Spent?

The proceeds of Russian lotteries are distributed to sporting institutions and charitable causes across the country.