Latest Germany lottery results for LOTTO 6 aus 49 ✔, EUROJACKPOT ✔, KENO ✔. Find all the information about lotteries in Germany. Check your ticket or search past draws if you won the jackpot. 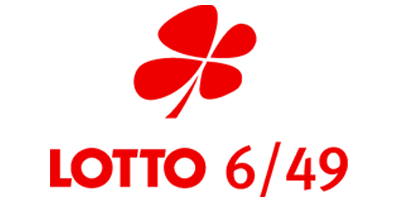 Tickets for German lotteries are sold at state level, with all players entering the same nationally based games. In addition to the three main national lotteries and their secondary games, Germany takes part in the transnational Eurojackpot game alongside 17 other European nations.

LOTTO 6/49 is a traditional 6 from 49 lottery with a difference. Although the game has a modest starting jackpot, its format means there are frequent rollovers and far larger jackpots.

Entry costs just €1.00, with players choosing six numbers from 1 to 49. Participants also get a randomly generated Super Ball number between 0 and 9.

LOTTO 6/49 allows players to enter two secondary games: Spiel 77 and Super 6. Entry costs an additional €2.50 and €1.25, respectively. Each LOTTO 6/49 ticket has a random seven-digit number printed on it. This number becomes the Spiel 77 entry, with the first six digits becoming the Super 6 entry (if these options are chosen).

Eurojackpot is a transnational lottery game that is available in 18 participating countries.

After choosing a stake, players must decide whether to bet on matching between two and 10 numbers. Finally, players must pick the relevant number of selections from a pool of between 1 and 70.

Secondary prizes are available, plus numerous prize tiers. Players who bet on matching eight, nine or 10 numbers also win a prize if they don't match anything at all.

Lucky Spiral is a straightforward lottery game that costs €5.00 to enter.

In-store participants receive a ticket printed with a random seven-digit number. Online players also receive a random number, but can continually generate new numbers until they get their desired match. Players win the jackpot if the number on their ticket matches the number drawn. Secondary prizes are available for partly matching the winning number.

Spiel 77 and Super 6 are also available for Lucky Spiral, for more chances to win.

The table below provides an overview of the schedule for each lottery game available in Germany.

What are the Biggest German Lottery Wins?

The biggest German lottery win to date was €90 million. This has been won five times from the Eurojackpot game.

No. However, overseas players should check local tax laws to see if taxes are payable.

How Can I Purchase Lottery Tickets in Germany?

Lottery tickets are available from authorized outlets across Germany and online from some regional lottery operators.

Players wishing to play online will be directed to their local operator, to submit entries and make payments.

How Old Must I Be to Play German Lottery Games?

Players must be at least 18 years of age to play German lottery games.

How Do I Claim German Lottery Prizes?

Players have 90 days to claim prizes for all games.

How are the Proceeds of German Lotteries Spent?

Proceeds are spent at state level, with each jurisdiction having its own policies about where cash is distributed. This is generally given to charitable initiatives.

Martin - Have used "Eurojackpot" as this seems to be current branding per the official website, note we used "EuroJackpot" on the actual page if you want to update, not sure when it changed as we wrote that 20 months ago!