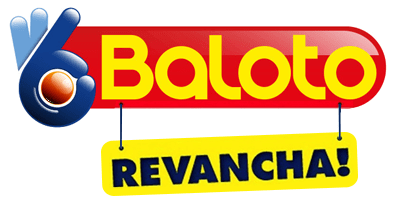 Baloto or El Baloto is a popular Colombian online lottery game that offers players a lot of prize tiers and relatively good odds of winning a prize for such a large game. Baloto is Colombia’s main national lottery, with residents also able to participate in several regional lotteries across the country.

In the current Baloto format, players choose five main numbers between 1 and 43, and a second number, the “Super Ball”, between 1 and 16.

As well as the Baloto game, players can also play “Revancha”, meaning Rematch. The same numbers are entered into the draw, with a chance to win jackpots starting at 1 billion Colombian pesos.

Baloto has no jackpot or rollover cap, meaning that while the odds of winning are long, the prizes for jackpot winners can be huge. The Baloto jackpot is typically only won by a handful of players per year, helping to create a lot of excitement.

Baloto offers a guaranteed minimum jackpot of 4 billion pesos, but due to the long odds of winning, the jackpot is frequently much higher.

The odds of winning the Baloto jackpot under the current format are 1 in 15,401,568. By comparing the odds and potential jackpots with other global lotteries, Baloto offers a very reasonable chance of winning a significant sum of money.

Baloto offers players the chance to win at nine different prize tiers, but only the jackpot has a

Baloto prizes are paid out as single one-time payments. The top three prize tiers are subject to taxation in Colombia at 17%. If you play Baloto online and win one of these prize tiers, tax will automatically be deducted from winnings. If playing online, check whether winnings will be subject to further taxation in your home country.

Who Can Play Baloto?

Baloto can be played online by Colombian residents and by anyone from around the world.

Baloto was founded in 2001, but had a dramatically different structure until 2017.