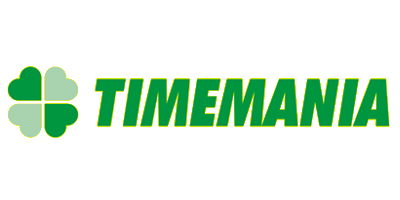 TimeMania is one of many popular lottery games played in Brazil.

Draws are held three times a week on Tuesdays, Thursdays and Saturdays and are broadcast live on television, as well as being held at different locations across Brazil.

To play, choose 10 numbers between 1 and 80, or go for a Surprise entry for randomly generated numbers.

Players need to match the seven drawn numbers to win the jackpot, with secondary prizes being available for matching as few as three numbers.

In System Entry, choose up to 15 numbers to be entered in every possible combination. This dramatically reduces the odds of winning the jackpot, but such an entry would cost an enormous BRL 616.50!

Players can also participate via the Balloons system for multiple entries, to become part of a syndicate with others.

TimeMania does not have any additional games or opportunities to win beyond the main draw.

While this starting jackpot is modest, there are no rollover or jackpot caps and the jackpot often reaches far higher sums.

The biggest ever TimeMania jackpots are:

The odds of winning the TimeMania jackpot are 1 in 26,472,637, and considering the relatively low jackpot on offer, the chances of taking home a top prize are very slim. Players who use System Entry to select 15 numbers can reduce these odds to 1 in 493,662, but this is much more expensive!

Players can win TimeMania prizes at five different tiers, with a 1-in-16 overall chance of winning a prize.

Lottery winnings in Brazil are subject to 13.8% income tax; however, because tax is levied at source, the advertised amount is what players get to keep.

TimeMania prizes are paid out as lump sums only, with players having up to 90 days to make a claim.

Players must be at least 18 years of age to play TimeMania.

Tickets can be purchased from authorized retailers across Brazil or from the official TimeMania website.

Players from abroad are currently unable to play TimeMania.