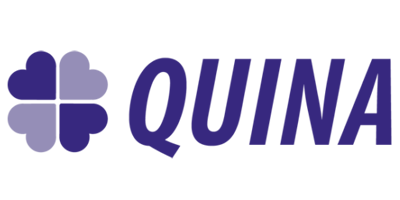 Quina is one of Brazil’s most popular national lottery games.

Draws are held six days a week, except on Sundays. The only time Quina is not drawn is on public holidays.

To play, choose five numbers between 1 and 80, or go for a Surprise to enter randomly generated numbers.

System Entry allows players to choose up to 15 numbers that are entered into the Quina draw in every possible combination to vastly increase the chances of winning a prize, but also significantly increases the cost of a ticket.

Players can also participate via the Sweepstakes method for number combinations chosen by the lottery operator that are then entered in groups for multiple winning opportunities at a cheaper price than individual tickets, although shared winnings may be considerably lower.

Quina does not have any extra games or opportunities to win beyond the main draw.

This is a rollover lottery with no jackpot cap, with the top prize often growing much higher.

The lottery operator holds a special draw in June every year called the Quina de São João Super Draw. These draws have huge jackpots in excess of BRL 100 million.

As a result of these Super Draws, the biggest ever Quina jackpots are:

The highest ever non-Super Draw Quina jackpot was BRL 32.7 million on September 5, 2019.

The odds of winning the Quina jackpot are 1 in 24,040,016, which are relatively poor odds for the jackpot on offer, with multiple lotteries around the world having much better odds and jackpots.

All lottery winnings in Brazil are taxed at 13.8%, but because advertised prizes are tax-deducted at source, players get to keep all the cash.

Quina prizes are paid out as lump sums only, with players having up to 90 days to make a claim.

Overseas players should check local tax laws to find out if they need to pay tax on winnings at home.

Who Can Play Quina?

Players must be at least 18 years of age to play Quina.

Tickets can be purchased from authorized retailers across Brazil or from the official Quina website.

Launched on March 13, 1994, Quina was the first lottery game in Brazil that allowed players to choose their own numbers.