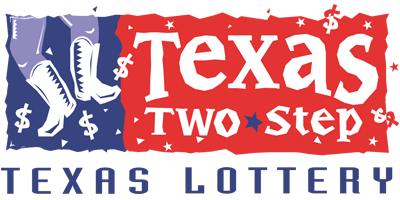 Texas Two Step is one of many popular state lottery games run by Texas Lottery.

Draws take place twice weekly on Mondays and Thursdays at 22:12 local time, which are broadcast on local television and online. Ticket sales are frozen between 22:02 and 22:15 on draw days.

Multi-Draw allows players to enter up to 10 draws at a time with the same set of numbers.

Texas Two Step does not have any additional games or ways of winning on top of the main draw.

Texas Two Step has a minimum guaranteed jackpot of $200,000.

This is a rollover lottery with no caps.

If the jackpot rolls over, it increases by a minimum of $25,000 per draw, with increased excitement and ticket sales usually causing the jackpot to grow far higher.

Players can win prizes at seven different tiers, with overall odds of 1 in 32 of winning a prize.

Players have up to 180 days to claim prizes, which are paid out as lump sums only.

Prizes of up to $5,000 are tax free in Texas, with winnings over this amount being taxed at 25% for Texas residents and 30% for everyone else.

Non-Texas residents should also check local tax laws to find out if winnings need to be declared at home.

Who Can Play Texas Two Step?

Players must be at least 18 years of age to buy Texas Two Step tickets.

Tickets are available from authorized lottery outlets across Texas, but not currently available via the official Texas Lottery website or mobile app.

Texas Two Step was launched in May 2001 and has kept the same format ever since.