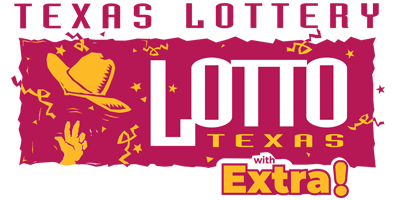 Lotto Texas draws are held twice a week on Wednesdays and Saturdays at 22:12 local time. Ticket sales freeze from 22:02 to 22:15 on draw days, with all draws being broadcast on local television and online.

To play, choose six numbers between 1 and 54, or go for a Quick Pick for randomly generated numbers.

A Multi-Draw option allows players to enter up to 10 draws at a time with the same set of numbers.

Lotto Texas has an Extra! option for $1.00 per line. Players who match the Extra! number increase their prize winnings at every tier, except for the jackpot, in addition to unlocking a fifth prize tier and a guaranteed $2 win for matching just two Extra! numbers.

Lotto Texas has a minimum guaranteed jackpot of $5 million, with no rollover or jackpot cap.

Players can win prizes at four different tiers, in addition to winning a fixed prize of $2 for matching two numbers if they play Extra!

The overall odds of winning a prize are 1 in 71, which improves to 1 in 8 when Extra! is added to the ticket.

Players have up to 180 days to claim Lotto Texas Prizes.

Jackpot prizes can be paid out as 30 annual instalments or as a single lump sum. Those going for a lump sum do not take home the full jackpot due to recalculation based on interest factors, with Texas Lottery advertising both the estimated total jackpot and the actual cash value on its website prior to every draw.

Unlike most lotteries that offer annual payments or cash options, players must select how they want to be paid before their ticket is processed.

Texas residents are subject to 25% tax on Lottery winnings over $5,000, with everyone else paying the full 30%.

Those playing Lotto Texas from elsewhere should also check local tax laws to find out if they need to declare winnings at home.

Who Can Play Lotto Texas?

Players must be at least 18 years of age to play Lotto Texas.

Tickets are on sale from authorized lottery outlets across the state, and although Texas Lottery operates an official website and app, they do not sell tickets.

Online entry into Lotto Texas is available for players from abroad via selected Lottery Agent websites.

Launched on November 7, 1992, Lotto Texas was the state’s first lottery game, with the first draw taking place a week later. The initial jackpot wasn’t won until the third draw on November 28, 1992.

Players had to manually choose their numbers until May 1993, after which, the Quick Pick option was added along with the midweek draw.

Lotto Texas has offered a winning-jackpot cash option since 1997. Extra! was added in 2013.