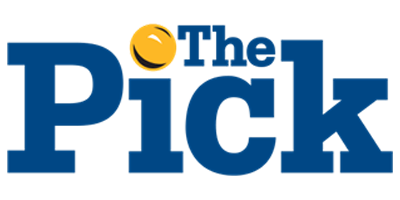 The Pick is the longest-running popular lottery game played in the US state of Arizona. It is one of several lotteries and games that are run and managed by the Arizona Lottery agency.

The Pick costs $1 to play and draws take place twice a week on Wednesday and Saturday evenings at 19:00 local time. Tickets for The Pick can be purchased up to 18:59 on draw days, with sales resuming immediately after the draw has taken place.

To play The Pick, players choose six numbers between 1 and 44.

Players can also choose to play the EXTRA! game, where instant cash prizes of up to $500 are available. For an extra $1 or $2, players choosing EXTRA! will get an additional six numbers printed on their ticket with a cash amount next to it. If any of the EXTRA! numbers are drawn, the cash prize next to the number is won.

The Pick has no jackpot or rollover cap and offers a guaranteed minimum jackpot of $1 million.

While the jackpot rolls over frequently, it does not increase by $1 million per draw, but remains at $1 million for a few weeks before increasing in smaller amounts until it is won.

The odds of winning The Pick jackpot are 1 in 7,059,052. Compared to lotteries around the world, these are favorable odds, although the minimum jackpot is lower than in many locations.

The Pick offers players the opportunity to win prizes at four tiers.

Players have 180 days to claim their winnings from any prize category of The Pick.

Jackpot winners also have 180 days to claim their prize, but only have 60 days to declare whether they wish to receive it as a lump sum or in annual payments. If an annual payment is chosen, this will be paid over a period of 30 years. Players who fail to notify the Arizona Lottery of their preference will automatically be paid annually.

Prizes won playing The Pick are subject to 25% state tax and 5% federal tax. These are deducted from winnings prior to payment, meaning that US-based winners do not normally need to declare their winnings. If you win The Pick jackpot while visiting Arizona, remember to check whether these winnings are subject to further taxation on returning home.

Who Can Play The Pick?

To play The Pick and all other lottery games in Arizona, players must be at least 21 years of age. The minimum age used to be 18 but was increased to 21 in 2003.

The Pick can also be played online via Lottery Agents.

History of The Pick

The Pick is run and managed by The Arizona Lottery state agency and has been played in Arizona since 1984. The Pick was Arizona’s first traditional lottery game, although scratchcards have been on sale since 1981.

Proceeds from The Pick and other Arizona Lottery games are used to fund a variety of state programs.