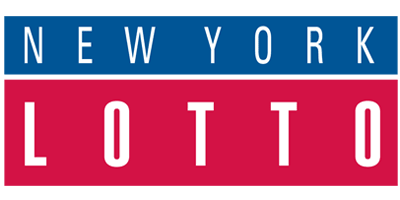 Lotto draws are held twice weekly on Wednesdays and Saturdays at 20:15 Eastern Time. Tickets are sold until 20:00 Eastern Time on draw days and resume shortly afterward

To play Lotto, choose two sets of six numbers between 1 and 59. Players can also take a Quick Pick for a set of randomly generated numbers.

Subscription entry lets up to a year's worth of draws to be made at a time, with group subscriptions also being available for parties of up to 25 players.

The minimum New York Lotto jackpot is $2 million, with no jackpot or rollover cap.

The biggest ever New York Lotto jackpots are:

The odds of winning the NY Lotto jackpot are 1 in 45,057,474, with prizes being available at five different tiers.

Jackpot winners can choose between a lump sum or annual payments over 26 years.

Prizes over $5,000 are subject to 9% state tax in New York, plus 24% federal tax. Residents of New York City are also required to pay an additional 4% municipal tax, with all taxes being levied at source.

Overseas players are subject to 30% federal tax, but should also check local tax laws to find out if additional taxes are applicable at home.

Players have one year from the date of the draw to claim prizes.

Who Can Play New York Lotto?

Players must be at least 18 years of age to buy a Lotto ticket, but in locations such as bars, tickets can only be sold to players of at least 21.

Lotto tickets can be bought at numerous authorized lottery outlets across New York.

The New York lottery official website and app contain useful information and tools to help choose numbers and scan tickets for wins, but do not sell tickets.

Players in New York, other US states or from overseas can enter Lotto online via selected Lottery Agents websites.

NY Lotto was launched in November 1978 as a weekly Saturday draw, with the Wednesday draw being added in 1983.

New York Lotto previously had a minimum jackpot of $3 million, with rollovers causing the jackpot to increase by a minimum of $500,000 at a time. However, due to the growth of other lottery games such as Powerball and Mega Millions, declining Lotto ticket sales have seen a decrease in the minimum jackpot and rollover amounts.