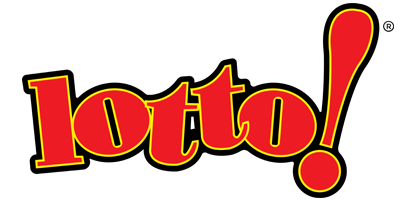 Lotto! is one of several lottery games operated by CT Lottery in the US state of Connecticut.

Lotto! Draws take place twice a week on Tuesdays and Fridays at around 22:38 local time. Tickets are on sale until 22:20 local time on Lotto! nights, with sales resuming at 22:46 immediately after the draw.

To enter Lotto!, choose six numbers from1 to 44, or select Quick Pick to play with a set of randomly generated numbers.

Players can enter up to 26 draws if “Advance Action” is chosen, with players taking part in all 26 draws only paying for 25, effectively getting one for free.

Lotto! does not have a jackpot or rollover cap, with players often winning much higher sums of money. However, if the jackpot is not won, it only increases by $100,000 every other draw, thereby taking quite some time to reach a high value.

The odds of winning the Lotto! jackpot are 1 in 7,059,052. These are good odds for a lottery jackpot, but larger prizes are available from various state and national lotteries around the world.

Players can win Lotto! prizes at four tiers, with these amounts fixed at tiers 2 to 4.

CT Lottery is required to withhold both state and federal taxes at rates of 6.99% and 24%, respectively.

Players who enter Lotto! from elsewhere in the United States or from around the world should check local tax laws to find out if they need to declare their winnings at home.

Who Can Play Lotto!?

Connecticut residents can purchase Lotto! tickets from authorized lottery retailers or from self-serve lottery vending machines across the state.

Players in Connecticut and elsewhere around the world can also play Lotto! via Lottery Agent websites.

Lotto! was launched in 1983 as Connecticut Lotto. It has also been called Wild Card Lotto and Classic Lotto, with the current Lotto! Name being used since March 2013.

Lotto! has undergone numerous format changes over the years, most notably in the range of numbers that players can choose. In 1983, players chose from 36 numbers, rising to 40 in 1986, then 44 in 1989.

Until 1997, jackpot winners could only be paid on an annual basis.