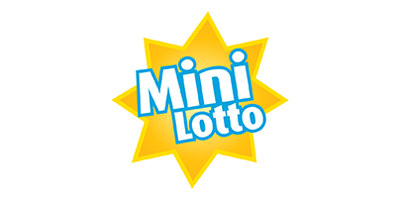 Draws take place every evening in the capital city of Warsaw at 21:40 local time, with ticket sales closing 10 minutes before the draw.

To play, choose five numbers between 1 and 42, or go for a Quick Pick for randomly generated numbers.

Mini Lotto has a System Entry feature for the selection of up to 12 numbers that are then entered into the draw in every possible combination. Choosing all 12 numbers gives players up to 924 chances of winning during each daily draw!

Advance Play for up to 10 simultaneous draws is also available.

Mini Lotto does not have any secondary draw games or other opportunities to win cash prizes beyond the main lottery.

Mini Lotto does not have a guaranteed minimum jackpot, which is determined by the volume of tickets sold for each daily draw instead.There are no rollovers, and if the jackpot fails to be won, it rolls down to the secondary prize tiers.

Despite being a daily draw, Mini Lotto jackpots can reach impressive amounts.

The biggest ever Mini Lotto jackpots are:

The odds of winning the Mini Lotto jackpot are 1 in 850,668. These are good odds for a daily lottery game even with its modest jackpot.

Players have up to 60 days to claim prizes, which are paid out as lump sums only.

Lottery prizes below PLN 2,280 are tax free, while higher prizes are subject to 10% income tax.

Mini Lotto players from overseas should check local tax laws to find out if winnings must be declared at home.

Who Can Play Mini Lotto?

Players must be at least 18 years of age.

Mini Lotto tickets are on sale from authorized lottery retailers across Poland and via the official website.

While players from abroad cannot enter through the official website, they are allowed to play on selected Lottery Agent websites.

Mini Lotto, originally called Express Lotek and operated by Totalizator Sportowy, was launched in March 1976. The game temporarily halted in 1998, but returned due to popular demand in August 2000.

Mini Lotto was originally a once-monthly draw, which gradually increased in frequency until December 2015 when it became a daily draw.