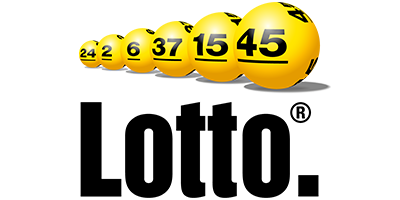 Lotto is one of several popular lottery games played in the Netherlands.

Lotto draws take place once a week on Saturdays at 20:30 local time and are broadcast live on YouTube, Facebook, Instagram and via the official app. Results are announced on national television and radio from 21:00 on draw days.

To play, choose six numbers between 1 and 45, or go for a Quick Pick for randomly generated selections. During the draw, a seventh number known as the Spare Number is drawn to decide secondary prizes.

Players can enter Lotto XL for an additional €1.00, utilizing their chosen Lotto numbers for a chance to win a €1 million jackpot by matching all six numbers. As with the main Lotto draw, secondary prize tiers are also available.

The last Saturday of every month is known as Super Saturday, when two Lotto draws are held for twice the opportunity to take home the jackpot. Players who enter both Super Saturday draws are automatically entered into an additional raffle draw for a chance to win €50,000.

Advance Play is available for up to 12 weeks at a time.

Subscriptions can be purchased to never miss a draw.

Lotto has a minimum jackpot of €2.5million, with the jackpot increasing by a minimum of €200,000 each time it fails to be won.

The biggest ever winning Lotto jackpot in the Netherlands was €38.4 million in May 2013.

Players can win prizes at nine different tiers, with overall odds of 1 in 13 of winning something.

Players have up to one year to claim Lotto prizes, which are paid out as lump sums only.

In the Netherlands, 29% tax is levied on lottery winnings of more than €454, to be deducted by the lottery operator at source.

Tickets are available from the lottery operator’s official website, mobile app or from authorized retailers across the Netherlands.

It is not currently possible to play Lotto from abroad.

Launched in 1974, Lotto is operated by Nederlandse Loterij.