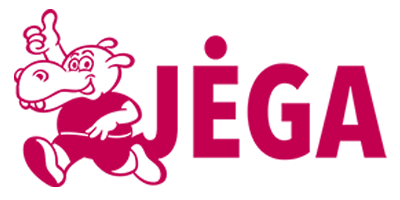 Jega is a daily lottery game played in Lithuania.

Draws are broadcast live on national television each evening at 21:10 local time from Monday to Friday and at 20:25 on Saturdays and Sundays. Ticket sales close at 19:50 and resume at 22:00.

To play, choose six numbers between 1 and 30, or go for a Quick Pick for numbers generated at random.

Advance Play is available for up to eight draws at a time.

Alternatively, go for a Jega subscription for a period of up to three months, with six-month and one-year subscriptions also being available. These subscriptions enable players to enter up to 10 sets of numbers on their preferred days of the week.

Jega does not have any secondary games or prizes on top of the main draw.

The jackpot and top two secondary prizes roll over if not won, with no rollover limits or jackpot restrictions.

Players have up to 60 days to claim Jega winnings, which are paid out as lump sums only.

Who Can Play Jega?

Players must be at least 18 years of age to play Jega, with tickets available online via the official website, from the PERLAS app and from self-service terminals at authorized lottery outlets across Lithuania.

Jega entry is not currently available to players from abroad.

Jega is operated by Oliféja under licence from the Lithuanian government.

Jega draws were initially held six days a week, before the Sunday draw was added to make it daily.