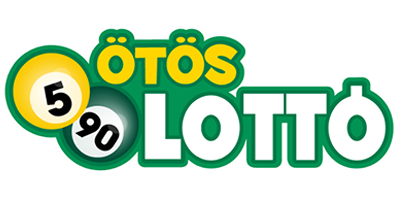 Ötöslottó, also known as Lotto 5, is one of two popular lottery games played in Hungary, alongside Hatoslottó.

The Ötöslottó draw takes place once a week on Saturdays between 19:30 and 19:45.

When purchasing an Ötöslottó ticket, players can buy a ticket for The Joker game for an additional 300 Forints, with the The Joker draw taking place before the main Ötöslottó draw.

Playing The Joker game is straightforward, with players choosing six numbers between 0 and 9; however, players can only win The Joker if they match all six numbers in the order they are drawn.

Ötöslottó has a rollover cap of 52 weeks and can be tough to win, but the jackpot is often very lucrative and attractive due to these regular rollovers. The highest Ötöslottó jackpot ever won was over 2 billion Forints, more than the highest ever Hatoslottó jackpot!

The highest ever Ötöslottó jackpot wins are as follows:

Although these odds are similar to other global lotteries, the Ötöslottó jackpot is unfortunately far lower than in many of these locations.

Ötöslottó pays out prizes at four different tiers, as outlined in the table below. Although Ötöslottó guarantees a minimum jackpot amount, there are no guarantees for prize amounts at lower tiers.

Gambling service provider, Szerencsejáték, pays out Ötöslottó prizes as single payments only, with players having 90 days to make a claim.

Players can claim prizes of up to 200,000 Forints from any authorized lottery retailer. Winners of higher prizes must contact Szerencsejáték to make a claim.

Hungary does not levy taxes on lottery winnings. However, if Ötöslottó is played from elsewhere, check local laws to find out if winnings are taxable.

Ötöslottó tickets are on sale at over 7,700 authorized retailers across Hungary. Players must be at least 18 years of age to buy a ticket.

It is also possible to play Ötöslottó online, although it is necessary to have a Hungarian bank account to register on the official website and to receive potential winnings.

The first Ötöslottó draw took place on March 7, 1957. Both Ötöslottó and Hatoslottó are currently operated by Szerencsejáték, a state-run company responsible for administering all lottery games in Hungary.