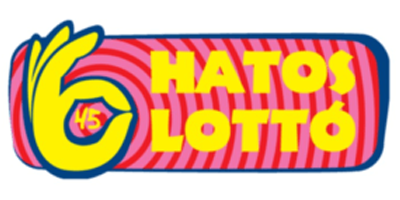 Hatoslottó, or Lotto 6, is one of two popular lottery games played in Hungary, with the other being Ötöslottó.

Hatoslottó draws take place once a week on Sundays. The draw itself is made at around 16:50 Hungarian time, with the results usually published online and announced on TV within two hours.

Hatoslottó is relatively cheap to play, with a ticket priced at 225 Hungarian Forints. Players choose six numbers from 1 to 45 or can buy a ticket with six randomly generated numbers.

In addition to playing Hatoslottó, players can also choose to play “The Joker” game at a cost of 300 Forints.

To play “The Joker”, players choose six numbers between 0 and 9. The jackpot is won by matching all six balls in the order they are drawn. Other prizes can be won by matching a minimum of two balls.

Hatoslottó can roll over for up to 52 weeks, meaning that hugely inflated jackpots can and have been won in the past.

The minimum guaranteed jackpot for the Hatoslottó is 100,000,000 Forints, although it is typically higher than this, even on weeks when it “starts over” after a win. Around 47% of the total Hatoslottó prize fund is dedicated to the jackpot payout.

Originally, Hatoslottó used a 6+1 draw format, with the secondary prize being offered to players who matched five numbers plus the bonus number. In 2007, it was changed to the model used today.