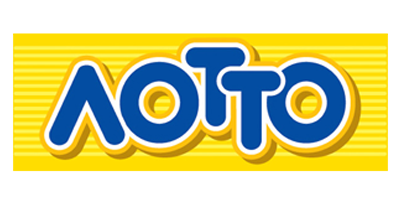 Lotto (ΛΟΤΤΟ) is the main national lottery game in Greece.

As with other Greek lottery games, tickets cost €0.50. Lotto draws take place in Athens twice a week on Wednesdays and Saturdays at 20:00 local time.

To enter Lotto, choose six numbers between 1 and 49. Alternatively, online players can go for a Quick Pick for a set of randomly generated numbers, printed as ‘Lucky Dip’ on tickets.

Lotto can also be played using system entries, consisting of up to 16 numbers entered into the draw as multiple combinations. This can greatly improve the chances of winning a prize, but also increases the ticket price.

Lotto does not have any additional games or other ways to win beyond the main game itself.

Lotto offers a minimum jackpot of €300,000, but because there is no rollover or jackpot cap, the jackpot can grow significantly larger.

The odds of winning the Lotto jackpot are 1 in 13,983,816. These are long odds given the modest starting jackpot, with global lotteries offering similar odds but typically having starting jackpots in the millions.

All lottery prizes in Greece are paid out as lump sums.

Players entering Lotto from abroad automatically have tax deducted from their winnings, but should check local tax laws to find out if prizes are subject to further taxation at home.

Winners have three months from the date of the draw to claim their prizes.

Players of at least 18 years of age can buy Lotto tickets from authorized retailers across Greece.

Lotto was launched on December 5, 1990, today being one of several popular lottery games played across Greece.

Until 2018, Lotto was only available to Greek citizens, after which, it and other Greek lottery games became available online.