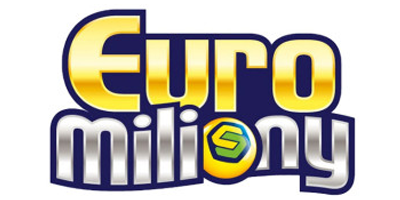 Euromiliony is a popular lottery game played in the Czech Republic.

Draws are held twice weekly on Tuesdays and Saturdays at 19:00 local time, and although these draws are not broadcast live, results are announced on national television immediately afterward.

To play, choose seven main numbers from 1 to 35 plus a Bonus Ball from 1 to 5. Players can select their own numbers or go for a Quick Pick for randomly generated ones.

In System Entry, players can select additional numbers to increase the chances of winning, although this greatly inflates the ticket price.

Joker is available for a chance to win extra prizes; taking the form of a random five-digit number, the jackpot is won by matching all five digits in the order drawn.

Euromiliony does not have a minimum jackpot, which is instead calculated as a percentage of the prize pool determined by the number of tickets sold.

Euromiliony is a rollover lottery with no limits or jackpot restrictions.

The biggest ever winning Euromiliony jackpot was CZK 180 million.

The odds of winning the Euromiliony jackpot are 1 in 33,622,600. These are very long odds for the relatively modest jackpot, with several lottery games around the world having minimum jackpots that are much larger!

Euromiliony has 10 different prize tiers, with overall odds of 1 in 10 of winning something.

Players have up to 35 days to claim Euromiliony winnings.

All prizes are paid out as tax-free lump sums.

Players must be at least 18 years of age to play Euromiliony.

Tickets are available from the official Saska Sportka website or from authorized retailers across the Czech Republic.

Euromiliony tickets are not currently available to players from overseas.

Launched in January 2003, Euromiliony is operated by the Saska Group. This group operates lottery games in several countries across central and eastern Europe.