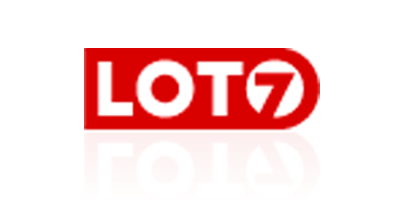 Loto 7 is one of several popular lottery games played across Croatia.

Draws are held twice weekly on Wednesdays and Saturdays at 20:00 local time at lottery operator headquarters in Zagreb and are broadcast live on national television. Tickets are sold until 18:30 local time on draw days and resume shortly afterwards.

To play, choose seven numbers from 1 to 35, or go for a Quick Pick for numbers generated at random.

In System Entry, players choose up to 15 numbers to enter into the draw in every possible combination, which vastly increases the chances of winning a prize but inflates the ticket price.

Joker is available for an additional HRK 5.00 for a random six-digit number. The jackpot is won by matching all numbers in the order drawn, with four secondary prizes also being available.

Loto 7 does not have a minimum jackpot, which is instead determined by the number of tickets sold.

Even though the main jackpot has no rollover caps or limits, the secondary prize is capped and rolls down if it exceeds HRK 10 million.

The biggest ever Loto 7 jackpot was HRK 79,719,634 on January 22, 2014.Interestingly, the winning ticket was bought online, but most Loto 7 jackpots are won through tickets bought from a retailer.

The odds of winning the Loto 7 jackpot are 1 in 6,724,520, with prizes available at nine different tiers.

Players have up to 60 days to claim Loto 7 prizes, which are paid out as lump sums only.

Lottery winnings are taxed in Croatia as follows:

Tax is deducted at source, with players taking home the full advertised amount.

Who Can Play Loto 7?

Players must be at least 18 years of age to enter Loto 7.

Loto 7 tickets can be purchased online from the official Hrvatska Lutrija website or from authorised lottery outlets across Croatia.

Unfortunately, Loto 7 tickets are not currently available to players from overseas.

Operated by Hrvatska Lutrija, the first Loto 7 draw took place in 1962. The game has undergone numerous changes in its lifetime, with its current format being used since October 13, 2018.