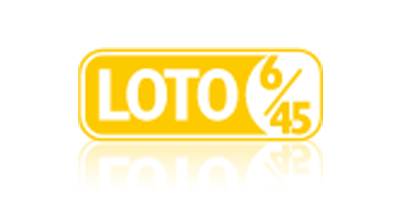 Loto 6 is one of several national lottery games played in Croatia.

To play, choose six numbers between 1 and 45, or go for a Quick Pick for randomly generated selections.

In System Entry, players choose as many as 20 numbers to be entered into the draw in multiple combinations. This is a great way to increase the chances of winning, but also makes tickets expensive!

Entry into the additional Joker game costs HRK 5.00, with players receiving a random six-digit number for a chance to win the jackpot by matching these numbers in the order drawn.

Loto 6 does not have a minimum jackpot, with the top prize just a portion of the entire prize fund, which is determined by the number of tickets sold.

Loto 6 is a rollover lottery with no limits, nor restrictions to the size of the jackpot.

The odds of winning the Loto 6 jackpot are 1 in 8,145,060, with players able to win prizes at five different tiers.

Loto 6 prizes are paid out as lump sums only, with prize winners having up to 60 days to make a claim.

Lottery winnings are taxed in Croatia as follows:

It is not usually necessary to declare winnings due to tax being deducted at source.

Who Can Play Loto 6?

Players must be at least 18 years of age to play Loto 6, with tickets available online from the official Hrvatska Lutrija website or from authorised lottery outlets across Croatia.

Unfortunately, Loto 6 entry is not currently available to players from overseas.

Operated by Hrvatska Lutrija, the first Loto 6 draw was held on November 6, 1988. This draw originally took place on Sundays, with the second draw being added on March 22, 2018.