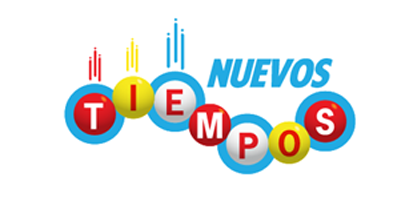 Tiempos is a popular and easy to play Costa Rican lottery game, with draws taking place twice a day at 12:55 and 19:30 local time.

The minimum ticket cost is CRC 100, with players able to stake multiples of CRC 100 for a maximum bet of up to CRC 50,000. The stake is a crucial element of Tiempos, with the jackpot being 70 times greater!

To play Tiempos, choose a number between 00 and 99, or go for a Gallo Tapado (Quick Pick) for a number generated at random.

As well as choosing a number, players must select a type of bet from the following options:

Players can place multiple bets if they wish to do so.

Advance play is available for up to 10 draws at a time.

The Tiempos format results in a minimum jackpot of CRC 7,000 that can be won by making an Exact bet with a CRC 100 stake, which enables the potential jackpot to go as high as CRC 3.5 million!

The odds of winning the Tiempos jackpot are 1 in 100, which are incredibly generous odds considering the prize on offer and the ability for players to choose their own stake!

While matching both numbers in reverse order has the same odds, prizes are only paid out at 35 times the player stake at this tier.

Prizes for the lower two tiers are seven times the player stake.

Players have up to 60 days to claim prizes, and although prizes of CRC 10,000 and lower can be claimed from an authorized lottery retailer, higher-value prizes can only be claimed by getting in touch with the lottery operator.

A lottery tax of 10% applies in Costa Rica, with the advertised amount being paid out in full due to tax being deducted by the operator at source. As such, players are not required to declare their winnings for tax purposes.

Who Can Play Tiempos?

Participants must be at least 21 years of age to play Tiempos.

Tickets are available from authorized lottery vendors across Costa Rica, and although the official website and mobile app provide winning numbers, game history and other relevant information, tickets themselves cannot be purchased on these platforms.

Tiempos is not currently available to overseas players.

Launched in 2013, Nuevos Tiempos (New Tiempos) was initially called Tiempos as an updated version of the existing game, which was then revamped by Junta de Proteccion Social to make the game easier to play, as well as to reduce instances of lottery fraud and illegal ticket sales.