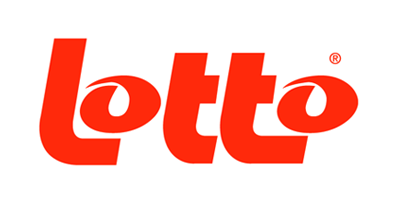 To play Lotto, choose six numbers between 1 and 45 or use the Quick Pick option to play with six randomly chosen numbers.

As well as choosing six Lotto numbers, the Multi option lets players choose up to 10 numbers that are then entered into the Lotto as different combinations, providing more chances of winning, but a 10-number Multi entry will cost €262.50 for all combinations!

Online Lotto players can buy bulk entries for the draw through the official Lotto website.

Buying a Lotto ticket will also generate a Lucky Lotto Code, with a chance of winning €500 if the lucky code is drawn.

In addition to playing Lotto, players can also participate in the Joker+ game. To enter Joker+, choose six numbers between 0 and 9 to win the €400,000 jackpot by matching all six numbers in order.

The Lotto has no jackpot or rollover cap and offers a minimum guaranteed jackpot of €1 million.

If no-one wins the jackpot, it typically grows by at least €1 million for the following draw.

The biggest Lotto jackpot ever won was €11.18 million won by a single ticket in January 2014.

The next biggest jackpot was won in January 2011, but on that occasion, the €8.47 million jackpot was shared between six winning tickets.

This is similar to other lotteries that operate a pick six system, although the minimum guaranteed jackpot is significantly lower than in some other countries.

In addition to winning the jackpot, Lotto players can win prizes at an additional seven prize tiers.

Lotto prize winners have a maximum of 20 weeks from the date of the draw to claim their prize. Unclaimed prizes are donated to one of the charitable causes supported by National Loterij, the company that administers and runs lottery games in Belgium.

In Belgium, Lotto tickets can be purchased in authorized retail stores or online, while players from around the world can also play Belgian Lotto online via Lottery Agent websites.

The first Lotto draw took place on February 4, 1978. Originally, players would choose six numbers between 1 and 42, before the game was changed to the current format.

The Wednesday draw was added in 1993. Prior to this date, Lotto was drawn on Saturdays only.