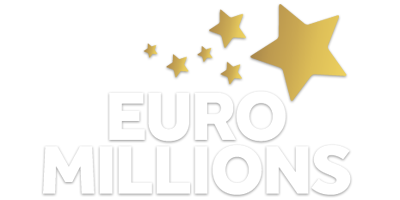 Euromillions is a popular lottery game played in nine European countries. In addition to France, the participating countries are Austria, Belgium, Ireland, Luxembourg, Portugal, Spain, Switzerland, and the United Kingdom.

All Euromillions tickets in France are automatically entered into the My Million Raffle, giving players the chance to win €1 million.

Each Euromillions participant country also has its own version of the My Million Raffle exclusively for players in those locations.

Euromillions players in France can also add “Étoile+” to their ticket for an extra €1.00 to increase their chances of winning a prize.

In France, players can also enter Euromillions with a “MultiChances Pack” to buy “shares” in packs of randomly generated numbers, with all winnings split between the owners of shares in each pack. This is only available via the Française des Jeux website and through mobile apps.

Euromillions has a guaranteed minimum jackpot of €17 million, with a jackpot cap of €200 million.

When the jackpot reaches €200 million, the excess cash is added to the second prize tier. If the €200 million jackpot is still not won after five further draws, the jackpot can be won by winners of the second-tier prize.

The Euromillions jackpot cap increases by €10 million once the €200 million prize has been won.

Euromillions prizes can be won at 13 prize tiers in total.

Euromillions winnings are paid out as a single lump sum.

Lottery winnings are not subject to taxation in France. Those playing Euromillions online should check local tax laws to find out if winnings need to be declared at home.

Players must be at least 18 years of age to play Euromillions in France.

Euromillions tickets can be purchased from authorized lottery retailers around France or online, while players from outside the nine participating countries can also enter online via Lottery Agent websites.

Française des Jeux and the Spanish and United Kingdom lottery operators are the founding members of Euromillions. The first Euromillions draw took place on February 13, 2004.

Euromillions was originally a weekly draw held on Fridays, before the Tuesday draw was added in May 2011, with the number of Lucky Stars choices increasing from 9 to 11, before increasing again to 12 in September 2016.