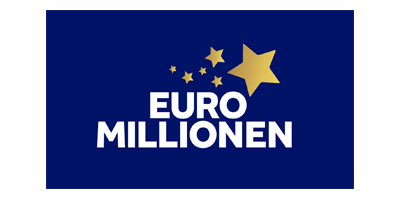 Euromillions draws take place on Tuesdays and Fridays. The draws are held in Paris at 20:45 local time and the results are published shortly afterwards.

All Euromillions tickets are automatically entered into a Millionaire Maker draw, giving players a second chance to win.

In Austria, players can also enter The Joker game for an additional €1.30, although these draws only currently take place on Wednesdays and Sundays.

To play The Joker, choose six numbers between 0 and 9. The Joker jackpot is won by matching all six numbers in the order they are drawn. There is no fixed guaranteed minimum jackpot for The Joker, but it is always a six-figure sum.

Euromillions offers a guaranteed minimum jackpot of  €17 million. Due to the long odds of winning, this lottery has frequent rollovers and jackpots that exceed €100 million.

Once a Euromillions jackpot has been won at the current cap, it will be increased by a further €10 million.

As a result of the jackpot cap, the largest Euromillions jackpot win currently stands at €190,000,000, which has been won on four occasions.

Euromillions players also have the opportunity to win at 12 additional prize tiers, making this lottery one of the most attractive in the world for winning a prize.

Euromillions winnings are paid out as a single lump sum. Austrian residents have three years from the date of the draw to claim their prize.

Austria does not tax lottery winnings; however, when playing Euromillions online, check whether winnings are subject to taxes in your home country.

To play Euromillions in Austria you must be at least 18 years of age.

Euromillions tickets can be purchased at authorized retailers in Austria or online, while players from all around the world can buy tickets online.

The first Euromillions draw took place in February 2004, although players in Austria were not allowed to play until October 2004.

The draw originally took place once a week on Fridays, with the Tuesday draw added in May 2011. Also, the number of Lucky Stars choices increased from 9 to 11, before changing to 12 in September 2016.