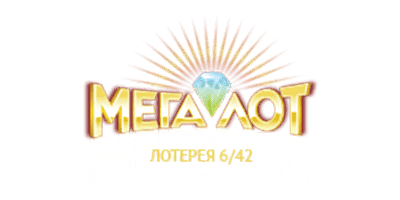 Megalot is the most widely played national lottery game in Ukraine.

Draws are held twice weekly on Wednesdays and Saturdays at 20:50 local time.

To enter, choose six main numbers between 1 and 42 and a Mega Ball number between 1 and 9, or go for a Quick Pick for randomly generated numbers.

System Entry allows players to choose up to 20 main numbers and up to nine Mega Ball numbers, but while this substantially increases the chances of winning, it also makes tickets much more expensive.

Advance Play is also available to participate in up to 10 draws at a time.

Megalot does not have any additional games or possibilities of winning cash prizes beyond the main draw.

Megalot does not have a minimum guaranteed jackpot, which is instead determined by the number of tickets sold for each draw.

Megalot does not have a jackpot or rollover cap either, which when aligned with the long odds of winning, sometimes sees the top prize growing to a substantial sum.

The biggest ever Megalot jackpots are:

The odds of winning the Megalot jackpot are 1 in 52,467,860, which are long odds for a relatively low jackpot.when compared to other global lotteries.

Prize winners have up to 180 days to make a claim, with all prizes being paid out as lump sums only.

19.5% tax is levied on all lottery winnings in Ukraine, consisting of 18% income tax plus an additional 1.5% for Army funding.

Players who enter Megalot from abroad should check local laws to find out if they need to pay additional tax at home.

Players must be at least 18 years of age to buy lottery tickets in Ukraine.

Tickets can be purchased from authorized lottery outlets across Ukraine, as well as at self-service payment terminals and on the official Megalot website.

Players from abroad can participate via selected Lottery Agent websites.

Even though Moldsportloto was founded back in 1970, Megalot itself was not launched until 2001.