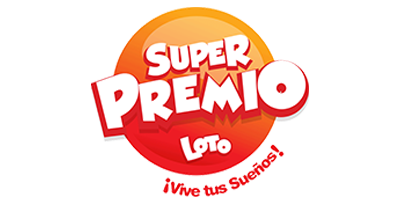 Super Premio is the main national lottery game in Honduras and the only lottery in the country that isn’t drawn every day!

Super Premio draws take place twice a week on Wednesdays and Saturdays at 21:00 local time, as well as being broadcast live on national television and radio stations across the country.

Players enter Super Premio by choosing six numbers between 1 and 33 or can go for a Quick Pick to play with random selections.

While Super Premio doesn’t have any secondary games, the odds of winning the jackpot or other prizes are relatively favorable anyway!

Super Premio does not have a minimum guaranteed jackpot, but instead depends on the volume of tickets sold for each specific draw.

Also, Super Premio is an uncapped rollover lottery that keeps on growing until the jackpot is eventually won! This format has led to some huge jackpot wins over the years, with the biggest wins as follows:

The odds of winning Super Premio are 1 in 1,107,568, which are attractive odds in comparison to many other global lotteries, although the jackpot varies depending on ticket sales.

Players can win fixed cash prizes at two further tiers, as well as winning three free tickets for the next draw if they match three numbers.

Players have up to 90 days to claim their Super Premio winnings. Prizes of HNL 30,000 or less can be directly claimed from an authorized lottery retailer, with online players being paid into their online lottery account to later withdraw to a respective bank account.

Prizes exceeding HNL 30,000 are subject to 10% income tax and must be claimed directly from the lottery operator itself.

All prizes are paid out as lump sums.

Who Can Play Super Premio?

Players must be at least 21 years of age to play Super Premio.

Tickets are available from authorized lottery retailers across Honduras, on the operator’s website or through the official app, which can be downloaded on devices with iOS and Android operating systems.

As of May 2021, Super Premio is no longer available to overseas players via the lottery agent website, but anyone visiting Honduras can purchase tickets from an authorized retailer and legally claim prizes.

The operator, Loterias Electronicas de Honduras (Lotelhsa), was founded in 2002, with Super Premio launching as the main national lottery game in Honduras in 2012.